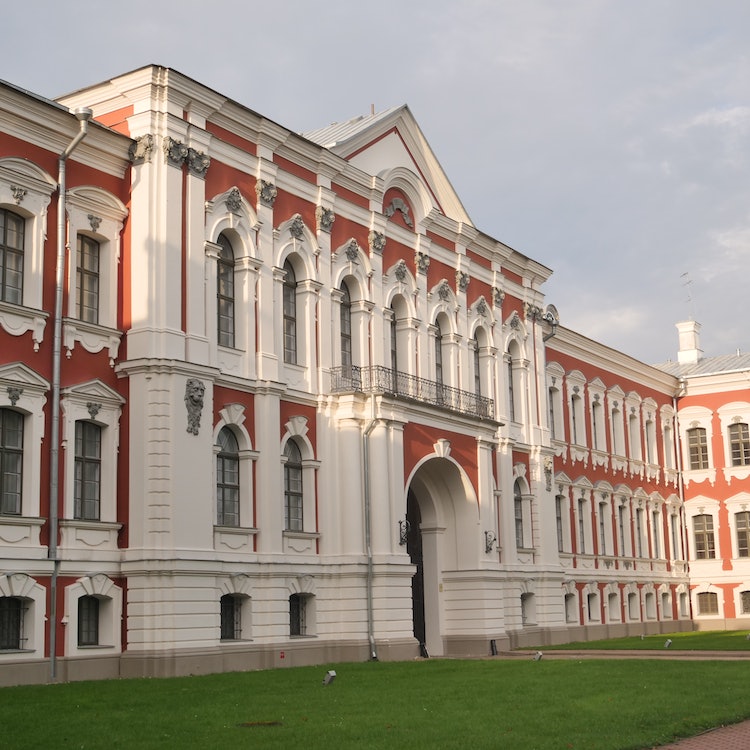 Jelgava is the fourth largest city in Latvia, the educational, cultural and financial centre of Zemgale /Semigallia/ and is 750 years old.

The name Jelgava means a low and humid area and as it’s located just 4 meters above the sea level it really fits the picture. Initially it was the site of an ancient Semigallian tribe’s camp. Jelgava is crossed by two rivers, the Lielupe and the Driksa which form several islands in the centre of the city.

Have you heard that Jelgava’s ancient name was Mītava /Mitau/? It is believed that this name came from the Semigallian name – mīt, mainīt (to trade, exchange) indicating that it may have been ancient marketplace. (It is interesting to note that both of these names were used simultaneously in the 14th century, and that the name Mītava was used in Russian and German publications) right up to 1940.

The Master of the Livonian Order, Konrad von Mandern built the Order’s castle called Mītava in 1265 on the island located between the Lielupe and the Driksa.

However, Jelgava acquired the rights of a city and its Coat of Arms in 1583. The Coat of Arms of Jelgava still has an elk, the neck of which is decorated with the county’s small Coat of Arms minus the stars.

Jelgava flourished while it had the honour of being the capital of Courland and Semigallia. It was the capital of the Courland Governorate and was located on an important road connecting Königsberg, Riga and St. Petersburg. It was the bridge between the West and the East and between Russian and German centres of science.

The first scientific society and first higher educational institution in the Baltics were established here. The first newspaper printed in the Latvian language and the first modern water supply system was constructed here. Aeroplanes were constructed, and the first hot air balloon took off in Jelgava. It was here in Jelgava where Future leaders and public opinion trendsetters in independent Latvia, Lithuania and Poland have studied here.

Almost the entire city’s historical architecture was destroyed in 1944. However, nowadays architectural, cultural, historical and natural monuments as well as modern structures and places for recreation can be found in the city. Jelgava is a place for international festivals. Each year, thousands of visitors arrive to view the Ice Sculpture and Sand Sculpture festivals, to enjoy the city celebrations with the people of Jelgava and to watch the unique milk carton boat regatta on the Lielupe river.

Jelgava is also a student city. The Latvia University of Agriculture is located here at Jelgava Castle. Everybody has a chance to grow together with the city, with this being encapsulated in the city’s slogan ‘’Jelgava – the city for growth!’’